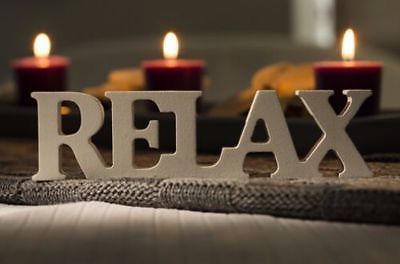 Relaxation is key to so many things, being able to calm the mind is just as important and resting the body. We use a holistic approach to help anyone regain control of their lifestyle to help gain a healthier outlook for the future.

When we’re stressed out, like most people are in today’s western society, the Flight of Flight reflex kicks in, this is an automated system engrained in our DNA to protect us, although we are no longer in the need to protect ourselves from predators in the wild, we are still having the physical results. Flight or Fight is meant to be a quick burst, to assist the body in a short and dangerous situation, but when we are in this mode now, due to work, family or lifestyle stresses, it is long term, ongoing and very unhealthy. Not only does this release adrenalin but also Cortisol which in turn increases the release of the Tau protein. I later years this is connected with symptoms of Alzheimer’s, though is actually CTE (Chronic Traumatic Encephalopathy).

During flight or fight the heart rate increases, the blood vessels narrow, our breathing quickens, all to get blood to the muscles, which is why people fidget and feel the need to let out the energy, but it also releases the adrenalin to boost the speed and strength of those muscles. The cortisol makes your focus lock onto something particular because you aren’t running or fighting, which is why a small issue can suddenly become huge. When we get pushed we suddenly attack with our words, because the brain has been retrained by our society protocols and then the brain digs deep to find the most damage done. This is where those vicious words come from when we ague. The brain has it as its defence.

What people don’t think about is the fact that the body also shuts down what we don’t need, the digestive system, the immune systems, the reproductive system for women and the liver and kidney function is reduced. So we become overweight, underweight, and pick up illnesses quickly and often. All signs of too much stress.

Simple understanding of how the body works, can give you a more relaxed, healthier and longer life; all through simple techniques, changes and information you can learn with us.